Our partners in the Northwest region are dedicated to improving public health practice. Here is a snapshot of state, local and tribal activities from our six-state region of Alaska, Idaho, Montana, Oregon, Washington and Wyoming. 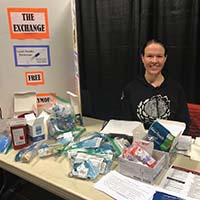 Transmission of Hepatitis C has increased in some rural areas of Alaska by 490 percent in just the last few years. In Homer, Alaska, the nearest syringe access program is 220 miles away. Increasing rates of Hepatitis C among intravenous drug users sparked a grassroots community effort to create a local syringe access program in June 2016 through an all-volunteer staff, small grants, and nationwide online resources.

To date, this effort has provided over 19,390 free sterile syringes and 85 Narcan kits, needle disposal, on-site HIV and Hepatitis C testing, education and connection to additional resources and services. Called “The Exchange,” this community collaboration helped create the Southern Kenai Peninsula Opioid Task Force that now includes communities outside of Homer and aims to find local solutions to a national epidemic. 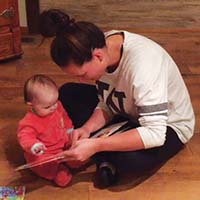 Between October 2016 and October 2017, 628 households participated in a home visiting program, with 927 total adults served, and 704 total children served. Statewide, retention rates of families staying in the programs are improving. 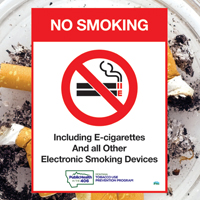 An End to Ends

With e-cigarettes growing in popularity, Missoula, Montana, has banned the use of Juul and other vape devices indoors in public places.

To protect the public’s health and recognize the rights of non-smokers to breathe clean air, the Missoula City-County Health Department drafted a change to the 1999 Missoula Smoking Ordinance to include regulations on Electronic Nicotine Delivery Systems (ENDS), also called e-cigarettes or personal vaporizers. The department worked with the Missoula City Council, the Health Board and county commissioners to create language and regulations prohibiting the use of e-cigarettes in all enclosed public places and places of employment.

The policy change was approved in March 2018 and regulations are now enforced under the same provisions as the Montana Clean Indoor Air Act. 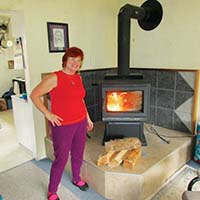 In Washington County, Oregon, one-third of households burn wood as a heat source. Many use older and uncertified wood stoves, which are inefficient and produce a high level of fine particle pollution that is dangerous for young children and people with existing respiratory conditions.

Washington County Public Health worked with city and county partners to adopt ordinances that prohibit burning wood on poor air quality days. Households using a wood stove as their sole source of heat are exempt. They also partnered with private businesses and local municipalities to offer rebates and grants to residents who replace their old wood stoves with new and cleaner-burning devices.

Since implementing the wood stove exchange program in August, 2016, 284 old wood stoves have been replaced, preventing the emission of 139 tons of particulate pollution, harmful gases, volatile organic compounds and hazardous air pollutants. In 2017, the agency received a NACCHO Model Practice award for this work. 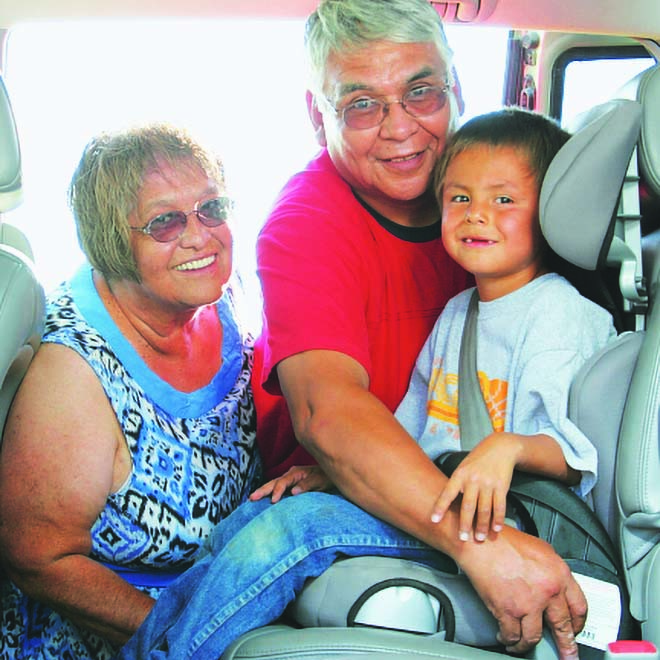 The Native Children Always Ride Safe (Native CARS) project led a successful community-based participatory research study that increased the percentage of Native American children age 8 and younger riding in age and size appropriate restraints in Northwest tribes. Tribes collected their own qualitative and quantitative data, using it to design and implement community interventions. These successful interventions along with tools and processes developed from the study are now accessible in an online toolkit — the Native CARS Atlas. Demonstrating the translational potential of Native CARS interventions into other tribal communities is an essential step toward reducing the disparity in motor vehicle injuries and fatalities experienced by American Indian and Alaska Native children in the U.S. 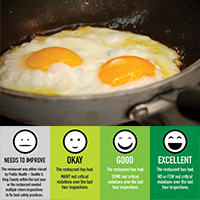 King County’s new food safety rating system is notable for its robust data-driven underpinnings and brightly colored window signs featuring emoji smiley faces. While other window placards often provide a “grade” based on a “snapshot” of the most recent inspection, King County aimed to express the restaurant’s food safety performance over time.

Given the diverse communities living in this region, the food safety education team prioritized finding a method for easily communicating this complex information to everyone, regardless of preferred language or familiarity with other rating systems. Grades, stars and other symbols were considered, but the food safety team selected emojis as the most universally understood symbol based on customer feedback, focus groups and surveys.

The team then worked with a graphic designer to explore different colors and features of the emojis — including the shape of the smile (or frown) and other facial expressions. Evaluation of the entire program is currently underway. 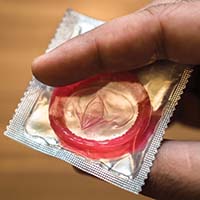 In Wyoming, rates of sexually transmitted diseases (STD) are on the rise. To reverse this trend, the Wyoming Department of Health implemented a social marketing campaign, knowyo.org, to target and deliver messaging about the risk factors.

The campaign integrates three STD prevention strategies into its messaging: partner services, testing and condom distribution. Partner services include treatment and testing, prevention messaging on risks and locating the elicited partners to recommend testing. Communications efforts promote the accessibility of STD, HIV, and viral hepatitis testing in all Wyoming counties, and how condom distribution occurs (via mail, and through testing sites and dispensers located in communities).

Between 2012 and 2016, the infection rate of Gonorrhea dramatically increased by six fold, but in 2018, the cases have decreased by 67 percent compared to the same time last year.