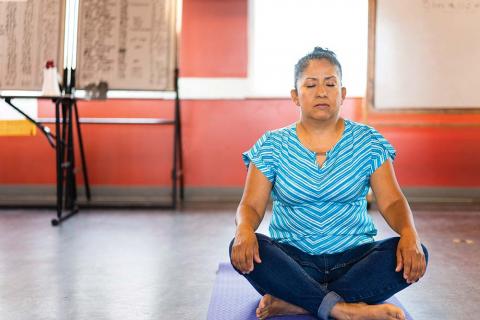 By Allegra Abramo
Before she facilitates a big workshop, Silvia Gonzalez finds a quiet space, takes four deep breaths and shakes off her worries. “Then I feel that everything is going to be fine,” says Gonzalez, an organizer with Casa Latina in Seattle.

Gonzalez learned those self-soothing techniques as part of a mindfulness program that helps Latina immigrant women build coping skills to combat depression and anxiety, which they face at higher rates than other ethnic groups. Called Amigas Latinas Motivando el Alma (ALMA), or Latina Friends Motivating the Spirit, the program was developed by India Ornelas, associate professor in the Department of Health Services at the School of Public Health and research director for the Latino Center for Health and a team of investigators at the University of North Carolina at Chapel Hill and Duke University. After three successful pilots of ALMA, Ornelas received a five-year, $3 million grant from the National Institutes of Health to refine and rigorously evaluate the program at multiple sites in western Washington. ALMA is one of a growing roster of community-engaged research projects housed in the Latino Center for Health, which moved to the School’s Department of Health Services in 2017.

“Ever since we did the first pilot, the women have been asking for ALMA to come back,” Ornelas says. “They just kept saying, ‘More, we want more.’”

For the women who participated in the ALMA pilots, held in collaboration with Casa Latina, the five Friday evening sessions were a sanctuary from the stresses and worries that plague many Latina immigrants. For two hours each week, they could come together, talk, share food and learn and practice exercises in mindfulness, self-compassion and yoga. 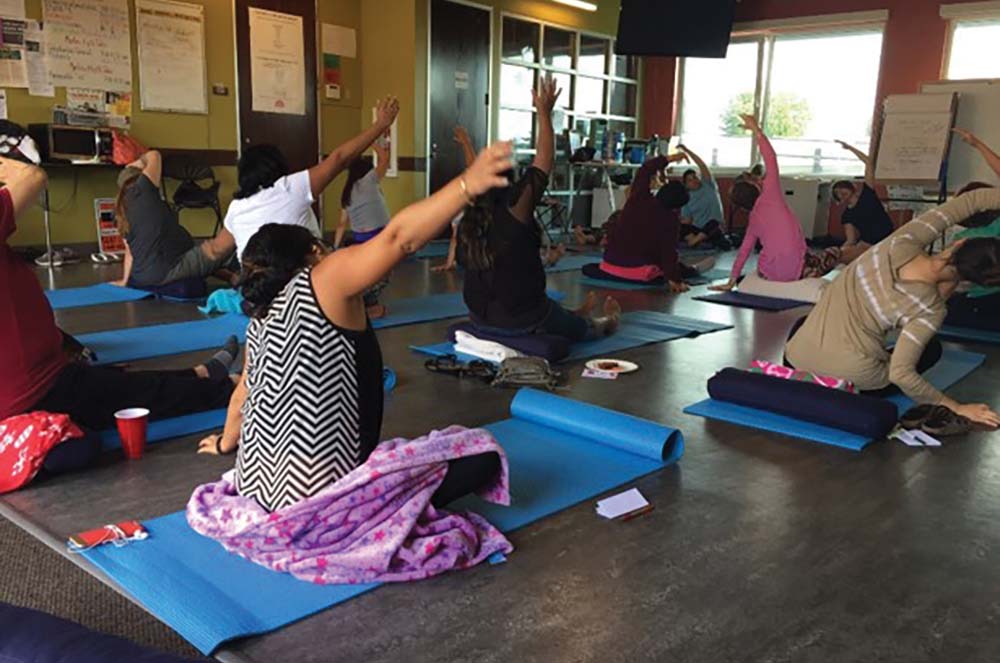 “The majority of us women think a lot about others, but we never think about giving compassion to ourselves,” says Gonzalez, speaking through a translator. “We learned that in order to help others, we have to have self-compassion first. That was one of the biggest things I learned from ALMA.”

The program encourages women to use coping strategies they have already found helpful, such as dancing, praying or listening to music. Meditation and yoga are newer to many of the women, but something they want the chance to learn, Ornelas says.

The 20 women in the most recent group, held in 2016, reported reductions in depression, anxiety and perceived stress. Ornelas emphasizes that ALMA is not intended to treat chronic major depression, but rather to reduce symptoms and prevent them from worsening.

Surveys show that between 33 percent and 43 percent of Latina women experience depression, rates significantly higher than women of other ethnic groups and Latino men. “And there is some evidence that this gets worse with more time in the U.S.,” Ornelas says.

The stresses of immigration likely explain some of these disparities among Latinas. Many arrive in the U.S. after fleeing poverty, natural disasters or violence in their home countries. The migration process itself often exposes women to trauma, including physical and sexual violence. Once here, social isolation, language barriers, discrimination and fear of deportation — which has only worsened in the current political climate — also increase the risk for depression and anxiety.

At the same time, Latinas are less likely to receive mental health care, due in part to a shortage of affordable, culturally competent providers who speak Spanish. That continues to be true in Washington, even though the Latino population has almost doubled since the 1990s, to nearly 13 percent in 2016. “So the idea,” Ornelas says, “is to help build the capacity of women to help themselves in their own community.” ALMA also connects women to professional mental health services when needed.

When the next iteration of ALMA rolls out in the fall, the program will reach a total of 200 women in eight different groups. The randomized control design will allow Ornelas and her colleagues to test whether ALMA improves symptoms of depression and anxiety, and how those are affected by factors such as social support, coping skills and stress. 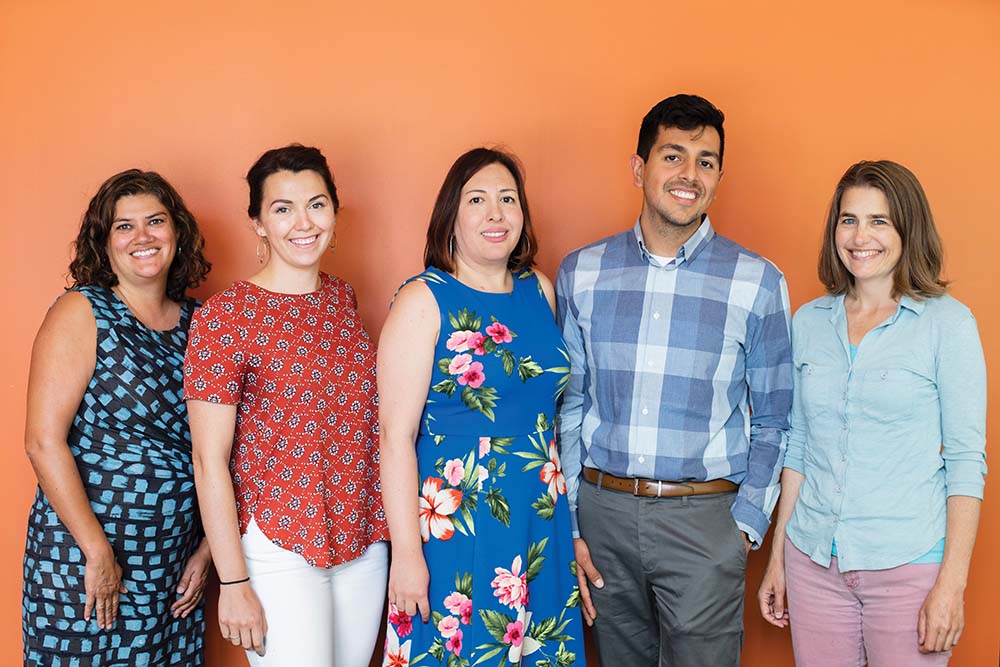 Long-term, trusting relationships with Casa Latina — and also with El Centro de la Raza for the second wave of ALMA — are essential to being able to accomplish a program like this, says Ornelas. They are also key to accomplishing the mission of the Latino Center for Health, she adds, which includes engaging communities in doing research that’s relevant to and benefits them.

At Casa Latina, Gonzalez and other women who have already participated in ALMA are looking forward to joining again. They’re also talking it up among their friends. “I’m just so excited for ALMA to start already,” she says.

Launched in 2014, the Latino Center for Health is the only research center in the region focused on promoting the health and well-being of Latinos, who often face barriers to high-quality care that place them at risk for poorer health outcomes.

Housed in the Department of Health Services at UW School of Public Health, the Center is committed to engaging in and promoting community-centered research that advance the health of urban and rural Latinx populations in Washington state and the region. The Center also helps connect faculty from across the university with community partners to facilitate innovative, interdisciplinary research that directly benefits the community. In addition to offering small grants, the Center seeks to promote evidence-based and culturally responsive practices related to health care access, mental health, violence prevention and occupational and environmental health.

“Authentic community-academic partnerships respect the wisdom, experiences, needs and histories of underserved Latinx populations in rural and urban communities through nuanced and culturally informed knowledge-building efforts,” says Eugene Aisenberg, co-director of the Latino Center for Health. “In doing so, these partnerships address disparities that many Latinx individuals and families persistently experience and advance impactful research that is culturally responsive and informs crucial services and policies.”