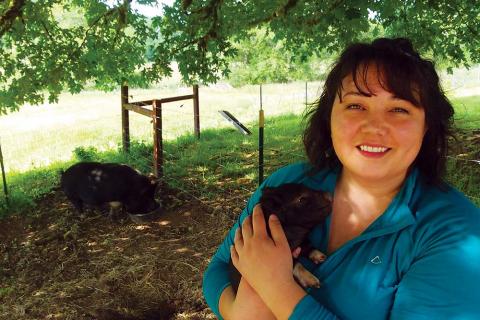 By Allegra Abramo
When it’s time to harvest the hay ripening on her 30-acre farm in southwestern Washington, Beth Mizushima, SPH ’10, strikes a deal with her neighbors.

In exchange for a portion of the hay, they bring their equipment to cut and bale it. She rises at 4 a.m. to help her husband stack hay in the barn before heading to the office and leaves work early to continue the job. In the evenings, neighbors often stop by to help or just chat.

“We actually have a real good time,” Mizushima says.

The same spirit of resourcefulness and collaboration drives Mizushima’s passion for rural public health as deputy director of Grays Harbor Public Health & Social Services. With the skills she honed in the School of Public Health’s Community-Oriented Public Health Practice program (COPHP), Mizushima has championed efforts to strengthen both her own agency and the community’s resilience and well-being. Much like farming, the work requires harnessing the strengths and resources of the community to accomplish big things. These have included initiatives to promote family-friendly workplace policies, prevent suicides and opioid abuse, empower youth and much more.

Now Mizushima wants to encourage other graduate students to consider the creative and rewarding work of rural public health.

“In rural areas, you see the challenges that your community faces very acutely,” Mizushima says. “You also get to see the positive impact that your program, department or community partnership has each day, which is incredibly rewarding.”

Like many rural areas in the U.S., Grays Harbor struggles with poorer health outcomes, including lower life expectancy and higher rates of drug- and alcohol-related deaths, combined with fewer economic resources and services. The county ranks 34 out of 39 Washington counties with respect to overall health outcomes.

With local youth reporting high rates of depression and suicidal thoughts, the county has embarked on an ambitious, multi-pronged effort to end youth suicide. The health department, one of three local health jurisdictions to receive a five-year suicide-prevention grant from the Washington State Department of Health, has engaged behavioral health providers and other key stakeholders in exploring how they can tackle the issue as a community.

One of the answers has included providers taking patients’ “mental health pulse” by screening for depression at each visit, much like they measure blood pressure as part of a standard checkup. “The risk is out there,” Mizushima explains, “but if you don’t ask, you can’t connect people with the right level of care at the right time for them.”

Based on the community’s desire to “go upstream,” the department also collaborated with the Hoquiam School District to establish a peer-to-peer suicide-prevention program called Hope Squad, which empowers youth leaders and fosters a school culture in which youth feel comfortable seeking help from trusted adults.

Mizushima says she sees the department as the coordinator or conductor in such efforts. That “allows partners to make decisions about what is best for them, and then we provide resources to support them,” she says. “But the partners are the ones doing all of this great work.”

Such opportunities to collaborate creatively are a big part of the reason why Mizushima loves working in rural public health. “The part of it that feels so great to me is that I get to work with people who bring so much heart, passion and resourcefulness to the work they do,” she says. 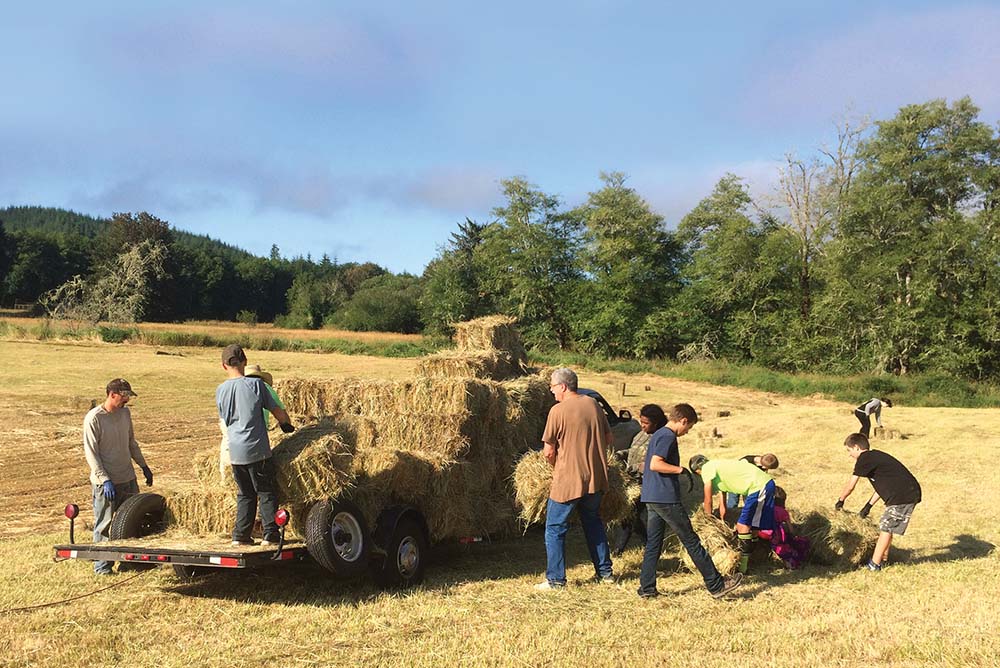 Her boss, Director of Public Health & Social Services Karolyn Holden, says the skills Mizushima developed in COPHP helped her “rocket through the stratosphere to her current position.”

“She has a real set of skills that help translate big ideas into the steps people need to work through to get there,” Holden says.

After finishing her MPH, Mizushima knew she wanted to return to her rural roots. Both she and her husband grew up in Northern Colorado with farming and ranching families. “Frankly, I thought I’d be moving somewhere that had more sun, not liquid Vitamin D,” she says. Instead, she landed her first position, as a health educator, at Grays Harbor Public Health & Social Services, and she and her husband eventually bought property up a river valley “in the middle of nowhere.”

“It’s a wonderful, amazing community,” Mizushima says. “We were so lucky to have landed here.”

“If you didn’t grow up in a rural community, you may not think about doing informational interviews with rural public health jurisdictions,” Mizushima said. “But graduates have really great opportunities to come into communities and do cool things with people that they live and work and play with. And that can be very satisfying.”